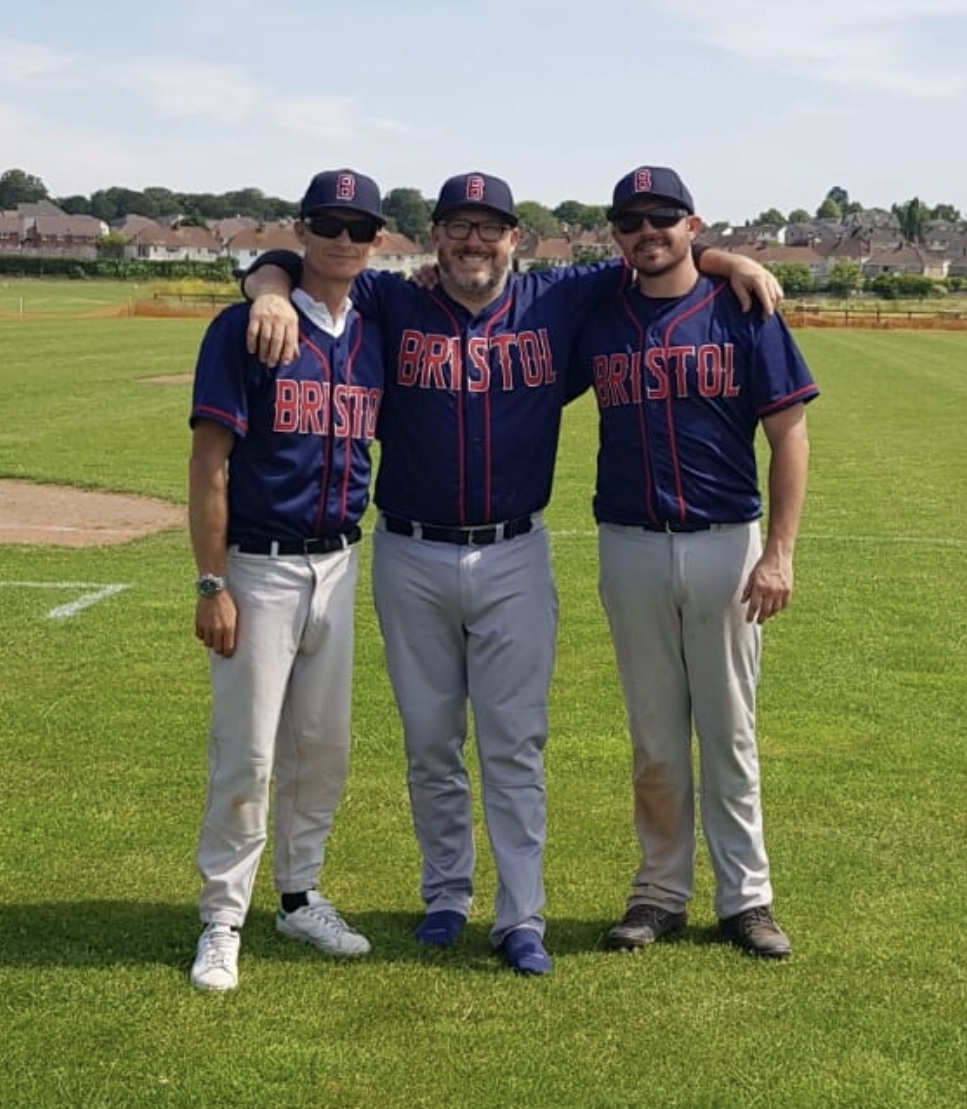 The Bristol team came away with 15-7 and 11-1 victories in their BBF AA double header with Rhys pitching three and two thirds innings, allowing just two hits in the first game on his Badgers debut.

Trinkunas took over from Theaker on the mound and struck out nine Dragons to record the save as well as going four for four at the plate while catcher Mike MacDowell had two hits on the day.

In the second game, it was Rhodri Theaker who got the scoreboard moving with a double which knocked in two runs.

Short stop Rich Green maintained his form to go two for three at the plate with the Badgers putting the pressure on in the fifth inning scoring four runs.

“It was a real team effort on Sunday and good to extend our winning streak to seven games,” said Tom Hollies, the Badgers manager. “The obvious highlight was having three Theakers on the field at once and we were delighted they could all contribute in some way to the two victories.”

In Taunton, the Bats suffered their first defeat of the season going down 17-5 to the Muskets.

The game was tight up until the fifth inning when four fielding errors cost eight runs on a hot afternoon. The Bats were unable to respond and gave up their undefeated record in their first match in the SWBL AA Division.

“It was a real shame that the errors cost us the game,” said assistant manager Tom Rowe. “We need to step it up in the field if we are to get back to winning ways.”

While both the Badgers and the Bats have weekends off, the Buccaneers play host to last years SWBL champions, the Exeter Spitfires at Somerdale Pavilion in their first single A division game of the season.

“We need to maintain the concentration and attitude that we have had in our winning games up to this point and make sure our basics are spot on, “said Buccaneers manager Richard Evans. “The Spitfires will present a difficult challenge for us but we have the ability to come away with the win.”

The Buccaneers game starts at 12 noon at Somerdale Pavilion in Keynsham and spectators are welcome.