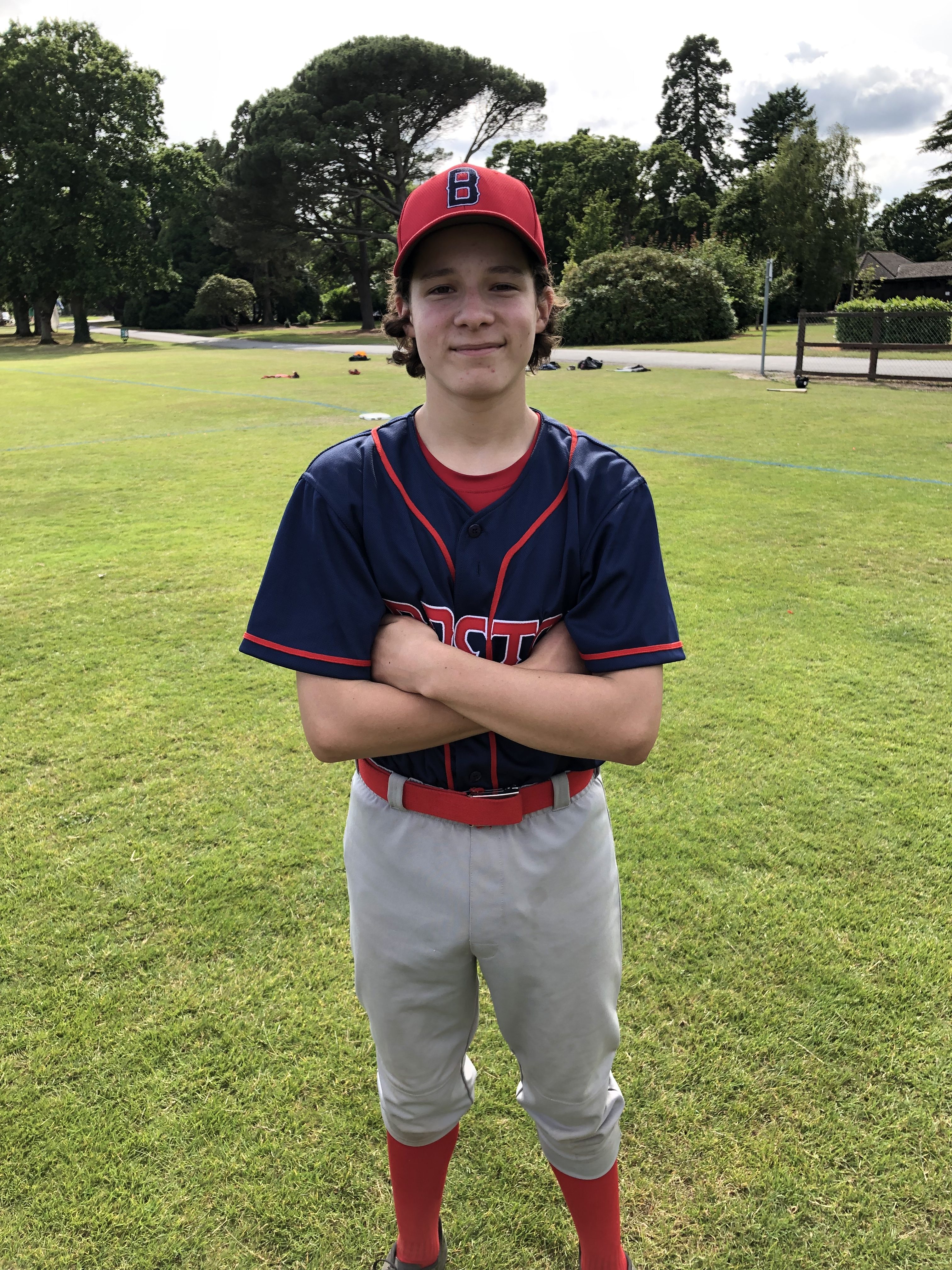 Charlie Taylor (16) held his nerve to pitch Bristol Buccaneers to a 25-22 victory over Newton Brewers in Devon on Sunday.

With the Buccaneers leading by three runs at the bottom of the 10th inning, with two outs and bases loaded, MVP Taylor got the Brewers batter to ground out to Molly Willcox at second base to seal the win.

Taylor had came into the game in the bottom of the eight inning with the scores tied and gave up no further runs.

In the top of the tenth, third baseman Neptali Ortega hit a double to give the Buccaneers a two run lead before he scored on a ground out by right fielder Jon Hook.

The Buccaneers had taken a 10 run lead early on with centre fielder Ben Briggs hitting his first career home run. He also threw out a Brewers’ runner at third from the outfield and went five for five at the plate.

Despite a fourth inning fightback by the Brewers, the Bristol team were able to keep the scoreboard moving, amassing 24 hits on the day.

“It was a great game that ebbed and flowed all afternoon but our attitude as a team to keep fighting came through and got us the victory,” said Buccaneers manager Richard Evans. “Charlie must have ice in his veins to remain so cool and whilst everyone contributed, its important give highlight Molly Willcox’s first start at second base and Dominic Wells’s batting performance and solid fielding.”

At Somerdale, the Bristol Bats went down 20-10 to a very strong Yeovil Whirlwinds team.

A nine run second inning put Yeovil ahead and although the Bats got within two runs by the fourth, six runs in the sixth put the game beyond reach.

Alex Brown who started at first base for the first time had a good day with the bat. He went three for four while scoring four runs. Outfielder Keith Weinberg and pitcher Nerius Tamosiunas also had multiple hit days but couldn’t do enough against some fine Whirlwind pitching.

“It was a tough day against a very good side but some errors cost us dearly early on and we were unable to recover in time,” said player manager Weinberg. “Jon Brownhill had a good debut at second base and made some good plays.”

The Brighton Brewers forfeited their scheduled game against the Badgers to extend the Bristol team’s unbeaten run.

All teams have week off this coming Sundaybut resume their schedules on Sunday 4th August.

The Badgers host the Herts Hawks in a AA BBF double header while the Buccaneers face off against Weston Jets in teh SWBL. Both are at Somerdale Pavilion in Keynsham and start at 12.00 noon.

The Bats will travel to Plymouth to take on the Mariners in their next SWBL league match.