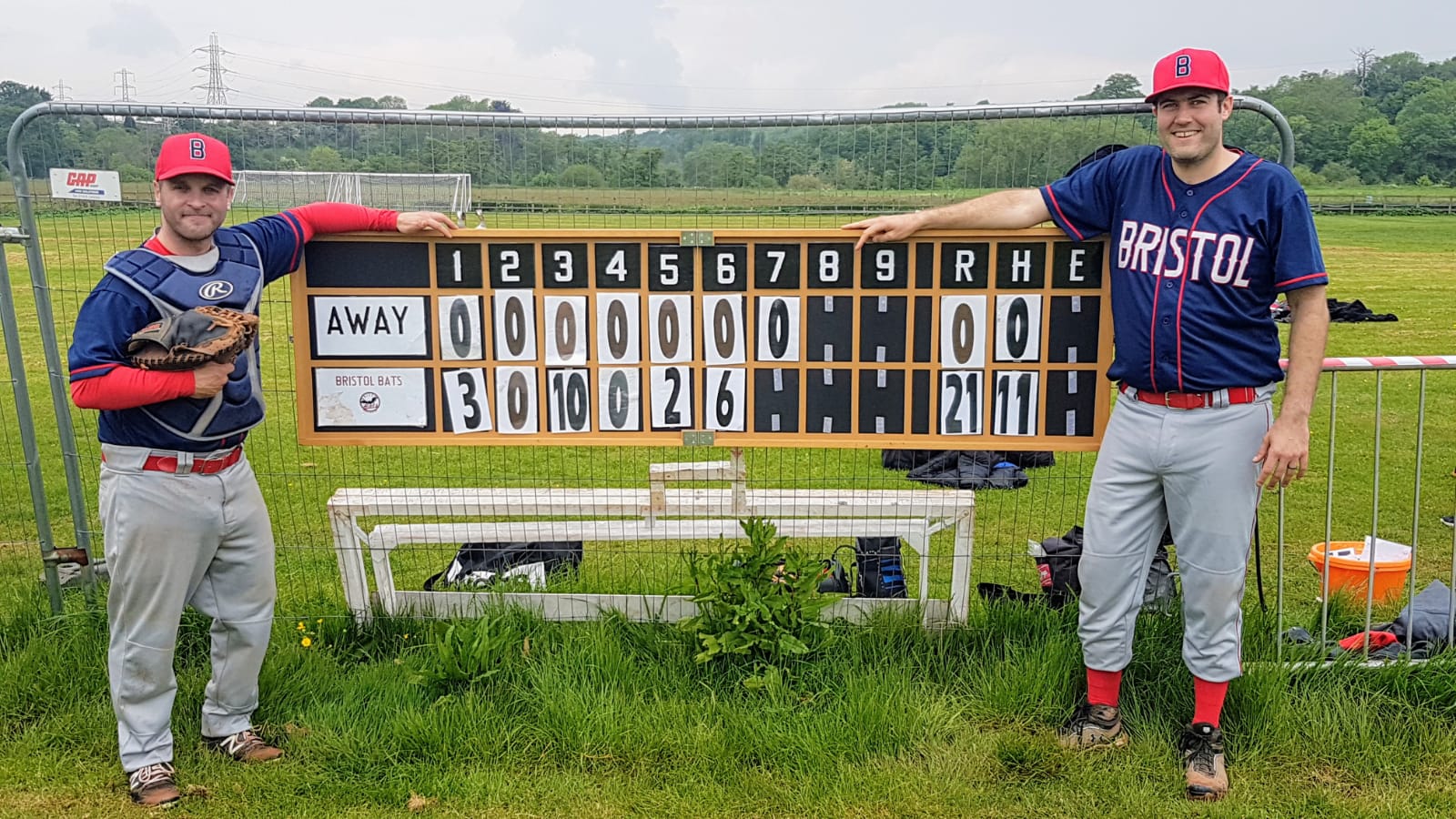 Bristol pitcher Ricky Gellatly was superb at the weekend, tossing a very rare no hitter against the Merlins as the Bats overwhelmed the Cardiff side 21-0 to maintain their unbeaten record in the South West Baseball League (SWBL).

Whilst the Bats scored frequently and right from the start, it was Gellatly’s performance from the mound that drew praise from both sides.

“It was a fantastic performance from Ricky with his wicked curve and consistent fastball proving too much for the Merlins,” said Bats’ player manager Keith Weinberg. “He had both pitches working well and credit should go to catcher Paul Gardiner for calling a good game. They executed well, kept to their game plan and produced a real gem.”

Gardiner was also involved in a ‘strike them out, throw them out’ double play at third base.

Offensively the Bats were strong up and down the line up providing plenty of run support for Gellatly on the day.

“I am obviously chuffed to bits to pitch a no hitter and grateful for the support in the field in the day,” said Ricky Gellatly. “I didn’t know it was on until our shortstop Alex Brown told me. I admit I got pretty nervous after that but thankfully kept it together.”

The other game at Somerdale saw the Buccaneers get sweet revenge over Weston Jets 28-23 in another nail biter.

The Buccaneers got to grips early with the Jets pitcher and scored consistently racking up 23 hits over the nine innings.

Catcher Steve Ayres and pitcher Billy Garrett led the way with their bats scoring nine runs with support from the rest of the team who all got on base.

It was the defensive performance of MVP and third baseman Neptali Ortega who inspired the team after the previous weekend’s heartbreak.

He tagged a runner out at third before completing the double play throwing the runner out at first. He was error free as he made seven outs from the hot corner.

“The result showed the character that runs through the team,” said player manager Richard Evans. “The response to the previous game was magnificent showing we had worked hard on the training field to put things right where we needed to.”

In Bournemouth, the Badgers went down 11-1 and 5-1 in their BBF double header against the Bears.

In the first game, the Bears scored early and the Badgers were unable to close the gap over the seven inning game against strong Bournemouth pitching.

The second game followed a similar pattern with the Bears scoring four runs in the first inning with only Par Eliasson managing a hit against Shannon Hall, the Bournemouth pitcher.

“It was a better performance all round despite the result,” said Tom Hollies, the Badgers’ player manager. “This was always going to be a tough game against some high quality pitching and I’m delighted that Nick South was able to get his first hit of the season under difficult circumstances.”

“Our pitching has improved with each game and both Luke and Nerius put in good performances on the day and it puts us in a stronger position for the rest of the season,” added Hollies.

The three Bristol club’s are next in action on Sunday 2nd June. The Badgers travel to Richmond to take on the Dragons in a BBF AA double header.

In the SWBL, the Bats travel to Weston to take on the Jets seeking to go 5-0 while the Buccaneers host Cardiff Merlins at Somerdale.