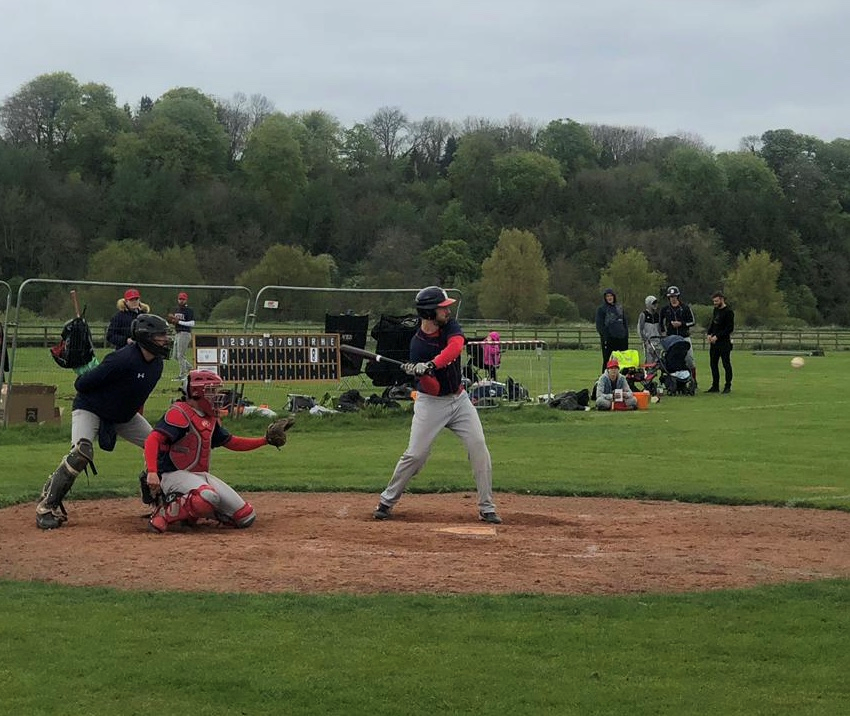 Bristol Bats overcame the Bristol Buccaneers in a high scoring derby at Somerdale Pavilion on Sunday.

The Bats eventually ran out 46-21 winners after the Buccaneers mounted a spirited 14 run comeback in the fifth inning.

The Buccaneers took advantage of some costly Bats fielding errors before succumbing to a greater depth on the Bats’ bench.

Ricky Gellatly was the Bats’ MVP after a strong all round game. He was solid at the plate scoring four runs and contributing six RBIs. He also struck out six Buccaneers to close out the comeback.

Tsz Yan Chan continued to impress on the pitchers mound but was hit by the sloppy fielding by the Bats at a crucial stage of the match and catcher Tom Rowe showed great discipline at the plate and scored seven runs.

It was also a dream debut for Ben Hamilton who scored four runs and hit two RBIs.

“Whilst we are delighted to get the win, we cannot commit so many errors if we have title ambitions,” said Tom Rowe, assistant manager of the Bats. “The Buccaneers really took advantage of our lapses and showed how far they have come in such as short time.”

Despite the loss in only their second game, the Buccaneers had plenty to cheer about. Joint MVPs Billy Garrett and Steve Ayres had great games with the bat. Ayres also impressed in only his second game as catcher.

“It was always going to be tough against what is a very strong and experienced Bats team but we showed fantastic spirit and when we had the opportunity to take advantage we did to great effect,” said Buccaneers manager Richard Evans. “We are committed to improving each time we take the training field and will be hard at our drills this week.”

Whilst the Bats and the Buccaneers have a weekend off, the Badgers resume their BBF AA league matches with a trip to Guildford for a double header against the Mavericks.